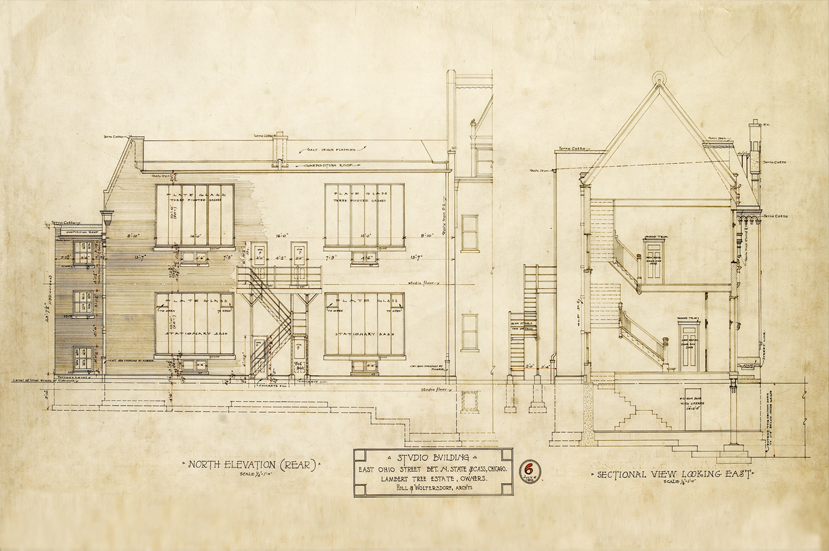 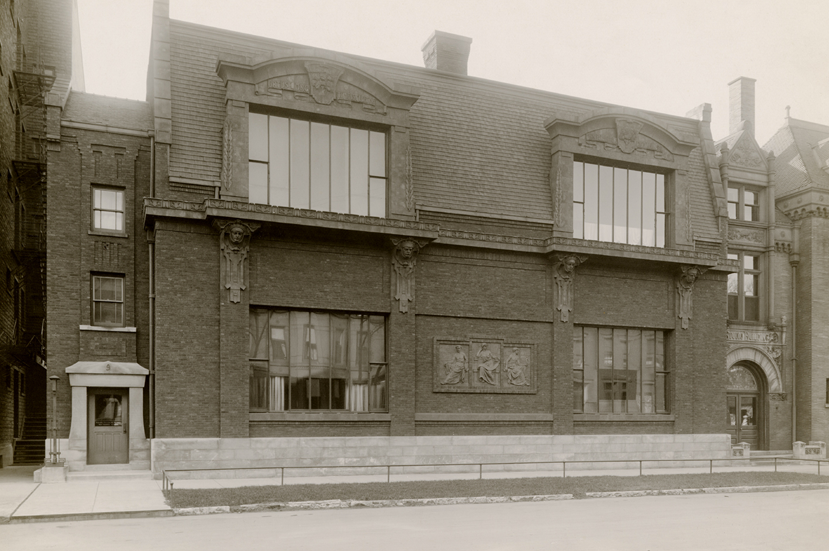 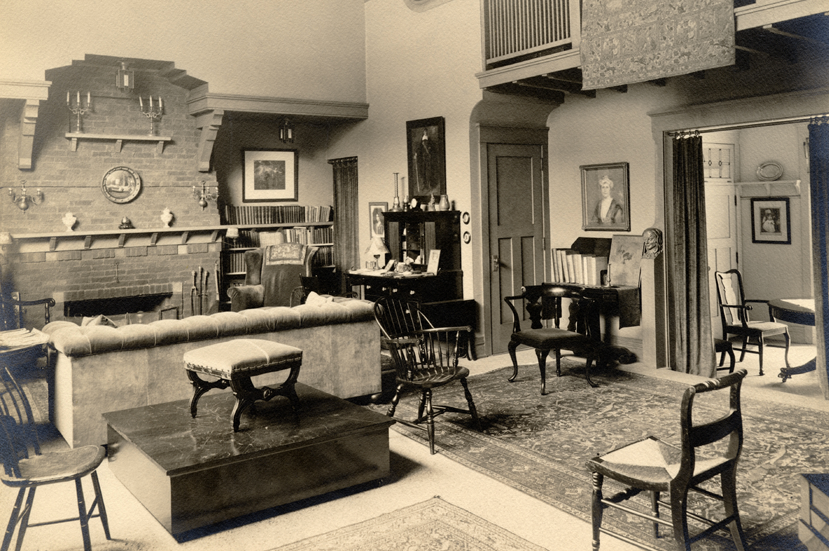 In the 20 years following the 1893 World’s Fair, Judge Lambert Tree and his wife Anne built Tree Studios to entice European artists to return to Chicago.

For over a century Tree Studios and its annexes were workshops to many of Chicago’s great artists, such as painter Richard Florsheim, author Edgar Rice Burroughs, actors Peter Falk and Burgess Meredith, and sculptor John Storrs, whose Ceres, the goddess of grain, stands atop the Chicago Board of Trade.

In the early 2000’s the building was renovated to restore its historic character and add modern features, such as Wi-Fi and new building systems.

Today Tree Studios continues to serve Chicago’s art and cultural community as a space for artists and art related businesses, as well as thriving shops and restaurants.